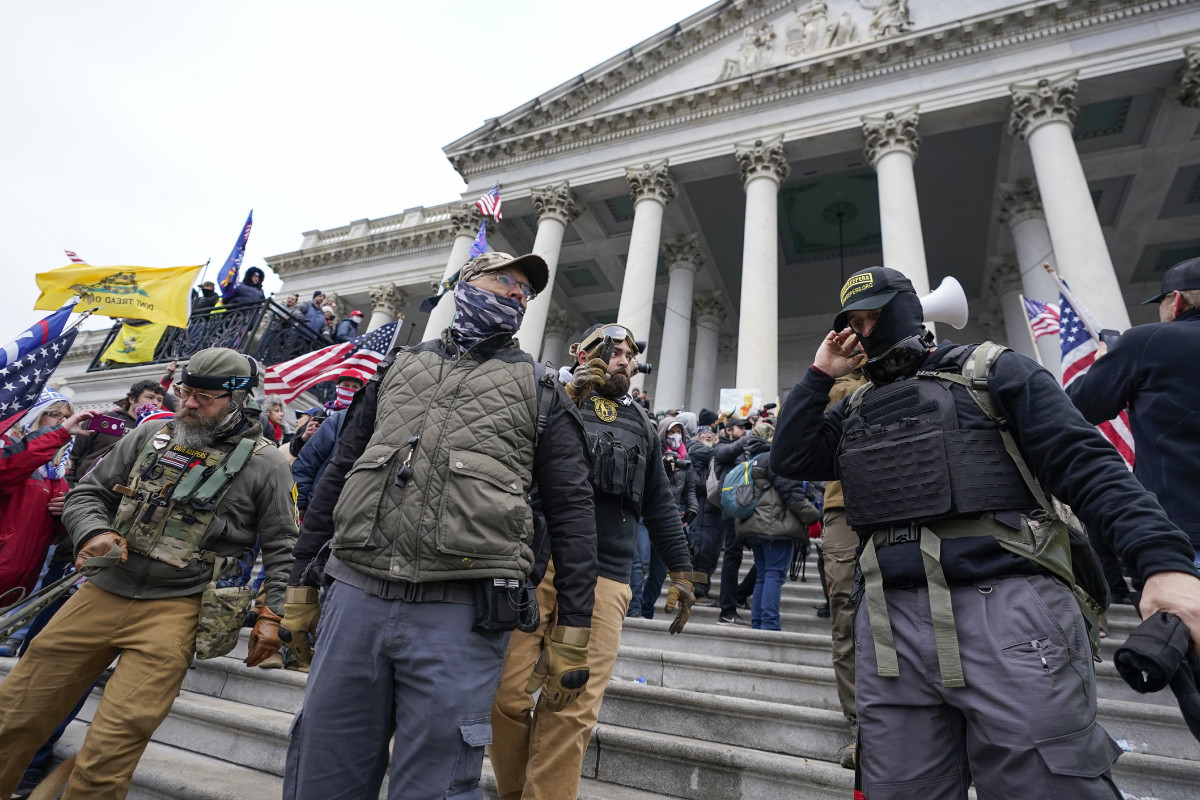 The Justice Department is expected to present evidence showing a member of the Oath Keepers carried explosives to the Washington, D.C., area, while another kept a "death list" before the Jan. 6 attack on the U.S. Capitol, according to court documents.

The papers filed Friday list evidence prosecutors for the government plan to use against the nine Oath Keepers during their trial in September. They include the Justice Department's allegation that group member Jeremy Brown traveled to Northern Virginia with grenades in his vehicle.

Prosecutors said the evidence shows the Oath Keepers were prepared for violence to prevent the peaceful transfer of power to Joe Biden. The filing also names a number of cooperators who had close contacts with the Oath Keepers.

The government said it also plans to introduce evidence Caldwell kept a "death list" with the name of a Georgia election official and family member who were targets of "unfounded conspiracy theories that they were involved in voter fraud," according to the filing.

Caldwell told CNN "the DOJ's claim that I sought to assassinate election workers is a 100% false and disgusting lie."

In addition, the filing shows the government plans to introduce evidence Watkins possessed bomb-making instructions and held training camps in Ohio focused on military tactics. The Justice Department also alleges Oath Keepers members held a training session on "unconventional warfare" in Florida, as well as an exercise on "hasty ambushes" in North Carolina before the Jan. 6 attack.